Here are my leadership lessons from the Marshmallow Challenge: 1. Encourage the Heart of all participants by giving everyone the marshmallows remaining in the bag. She worked with the management consulting subsidiary of StemCell Technologies in Vancouver for eight years, and led the company through years of unprecedented growth as its CEO from to The challenge lasts 18 minutes: Teams cannot hold on to the structure when the time runs out. Of the leadership practices we have learned so far, which did your leader use? Each team has 18 minutes to build the tallest, free-standing structure using the materials supplied to each group. The lesson in the marshmallow challenge is that we need to identify the assumptions in our project—the real needs, the cost of the product, the duration of the service—and test them early and often. Start the timer! If you can, watch the TED talk first for even more insight into why this is such a valuable exercise! And since the students are more engaged in the projects than in traditional classroom settings, the lessons and solutions stick. They naturally start with the marshmallow and then add in the sticks. During our debrief after the Marshmallow Challenge, the high performing teams consistently noted that they knew they were up to the challenge and felt that this positive attitude contributed to their success.

Everyone loves marshmallows! This highlights for me the power of effective facilitation skills quite neatly. Not all teams admit but many do, that the tower is indeed magnificent and that it is freestanding as per the instructions.

In the context of this game, this is a neat point. After declaring the winner assuming there is a structure that remains standing after the marshmallow has been attached , show the participants the YouTube video clip of The Marshmallow Challenge. One day early in the school year, it was marshmallows. Marshmallow challenge I love TED talks. The marshmallow must be attached to the top of the structure you build. What he speaks to is the fact that some of the best designers of towers are not business graduates but kindergarten children. Identify the winning team. Peter Taylor. Every project has a marshmallow, so never forget the marshmallow. The winning structure needs to be stable. Ashka is a management consultant focussed in Berlineaton's strategy practice. The Marshmallow Challenge is a team-building exercise where groups of have 18 minutes to try to build the tallest freestanding structure — using just 20 sticks of spaghetti, one yard of masking tape, one yard of string, and a marshmallow. Cutting or eating part of the marshmallow disqualifies the team. There is an individual and group sense of accomplishment for both students and teachers.

The rest of us tend to start with the tower and add in the marshmallow right at the very end, almost as an afterthought. Unfortunately, as we get older, we lose that inquisitiveness in large part because we begin to rely more on our assumptions to inform us of the realities of any particular situation. 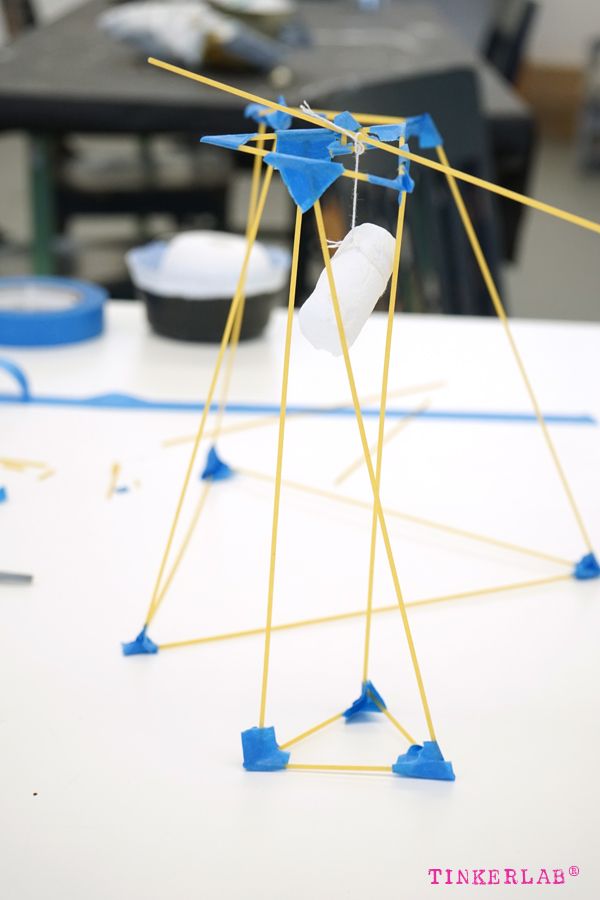 Process Divide attendees into teams of members. During our debrief after the Marshmallow Challenge, the high performing teams consistently noted that they knew they were up to the challenge and felt that this positive attitude contributed to their success.

Therefore, it is good for us all to remember that every project has a marshmallow. Yes, those last two are from my adorable Kinders…. Instructors appreciate hands-on learning projects — students remain engaged, compared to other methods of teaching such subjects as physics, engineering and design. Materials per group of : 20 sticks of spaghetti uncooked! But the only lesson alluded to is that Business School Graduates seem to spend too much time trying to jostle for power. When the time is up, measure the structures that are standing and announce the winner. Additional time for discussion. What insights can I take from this experience that I could apply in other contexts? In an attempt to rescue his team, he ended up eating half the marshmallow before replacing the remnants on the top of their spaghetti tower. If yes, was that helpful or not? He can be reached at jrogers trinity. Four Leadership Lessons We Learned from the Marshmallow Challenge We recently planned and facilitated a 3-day senior leadership meeting for a client with over leaders from around the province attending. Project-based learning exercises like the Marshmallow Challenge are included in the curriculum to go beyond teaching basic knowledge and skills in high school. By having this immediate feedback — as opposed to finding out afterwards from the exercise organizers what they could have done to improve their structure — the children were able to create some of the tallest structures amongst the various participants in this challenge. Introduce the questions below to help guide them in their reflection: Suggested reflection questions: How did we work as a group?

And sometimes it just bends over with the marshmallow barely off of the ground. Another opportunity missed.

Who was it and who decided who the leader would be?